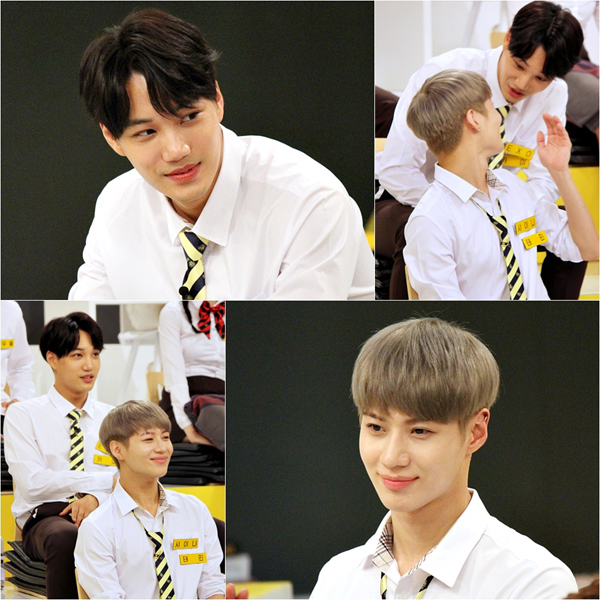 This is first time that KAI is appearing on an entertainment show without other EXO members. Especially since he appears with his lookalike best friend SHINee's Taemin, fans are looking forward to it!

Since they are best buddies, they're not afraid to expose each other's secrets and dark history. KAI says that Taemin wasn't really friendly to him when they were both trainees. KAI says, "I entered school early because I was born in the beginning of the year. Since I was in the same grade as Taemin, I asked him to be friends, but he told me to call him 'Hyung (older brother).'"

Taemin, embarrassed a bit, explains that they had decided to set the rules based on the birth year. He added, "After all, KAI dropped the honorifics."

They also share something in common as best friends. Both of them are sexy and charismatic on stage, but in reality they and dumb & dumber brothers who lose things all the time and are nicknamed 'magic hand.'