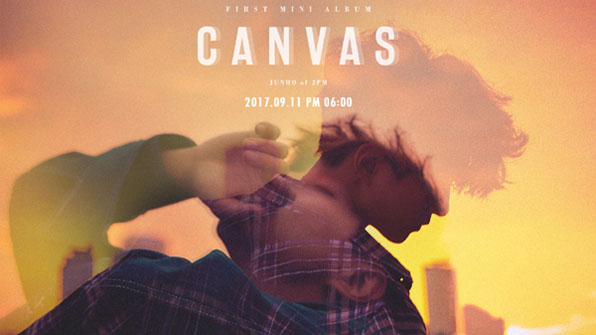 Junho will release his mini-album 'CANVAS' on September 11 at 6 p.m. (Korea). 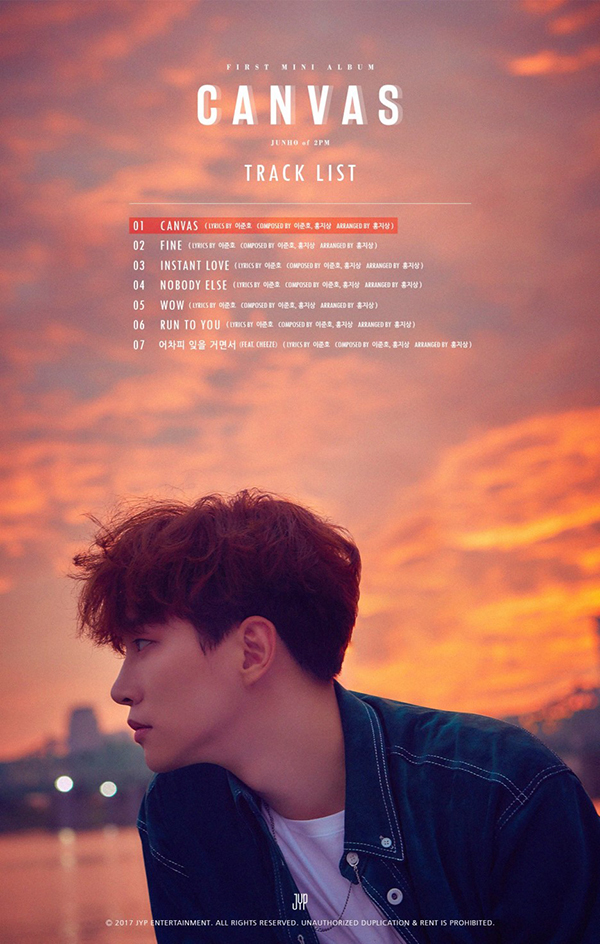 The track list of the album was released on August 31. The music video for 'FINE' will be revealed on September 1, and the music on the 5th. On September 11, the album and music video will be released. On the 16th, Junho will hold an event called 'THE SPECIAL DAY CANVAS.'

In 2015, Junho released the best album 'ONE,' which included songs from his solo album in Japan recorded in Korean, but this is the first time that he is dropping a solo mini-album.