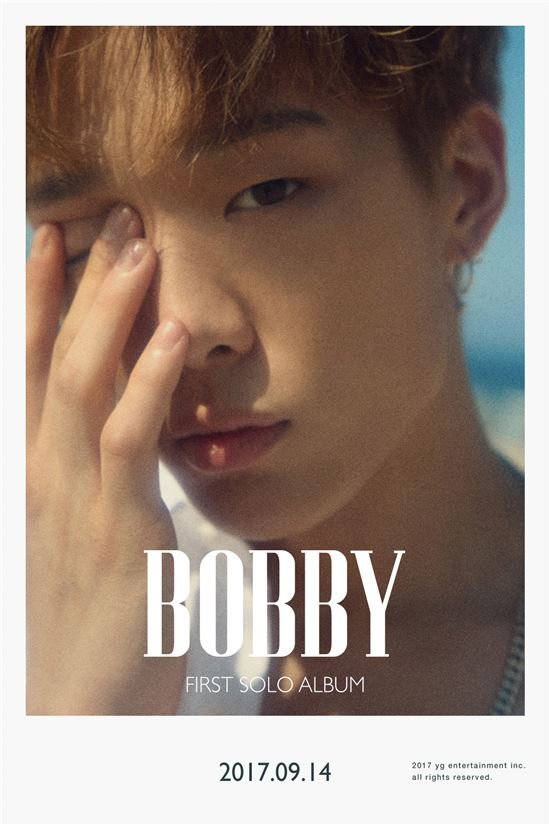 In the teaser photo, Bobby emits a vibe that is different from his energetic vibe in iKON. A new hair & makeup stylist participated in his solo project, promising a dramatic change in his style.

Bobby will drop his first solo album on September 14.

Although he made his solo debut last year with 'HOLUP!', this will be his first full-length album.