'Train to Busan' opened in Japan, ranks no.1 in audience rating!

Korean film 'Train to Busan (Busanhaeng)' tops the audience rating from the first day of its release in Japan. 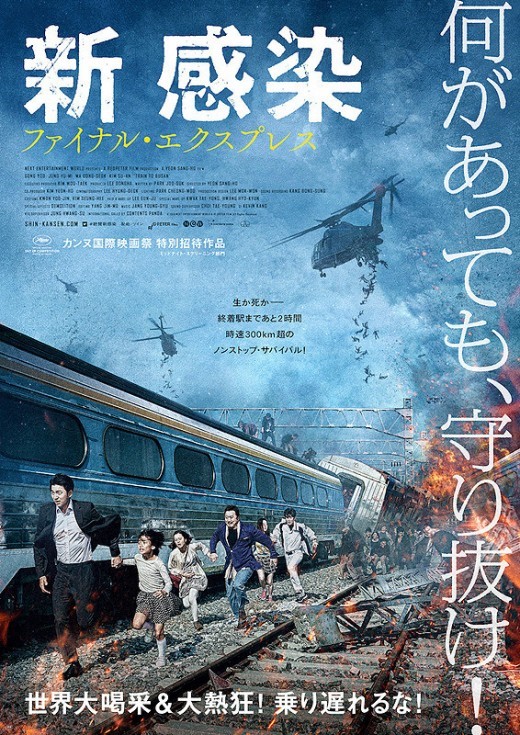 Japan's movie information website 'PIA Movie Life' announced the ranking of audience satisfaction for films that opened on September 1 and 2. They conducted an exit poll at the movie theatres, and 'Train to Busan' ranked no. 1 with the audience score of 90.5

PIA commented, "['Train to Busan'] is a survival action blockbuster that was sensational at various film festivals including Cannes. Some reviews even say that it is an 'all-time gold medalist among zombie films.' It seems that it clicks well with horror enthusiasts."

Although 'Train to Busan' has high audience ratings, it's not doing as well at the box office. Its first weekend box office ranking was 11th. This is a result of various factors such as small number of screens (148) and Japanese audience's unfamiliarity with Korean film.

'Train to Busan' opened in 44 cities in Japan on September 1 with the title 'Shinkansen- Final Express.'