'Happy' EXO's KAI was in an elevator crash accident! [Happy Together] 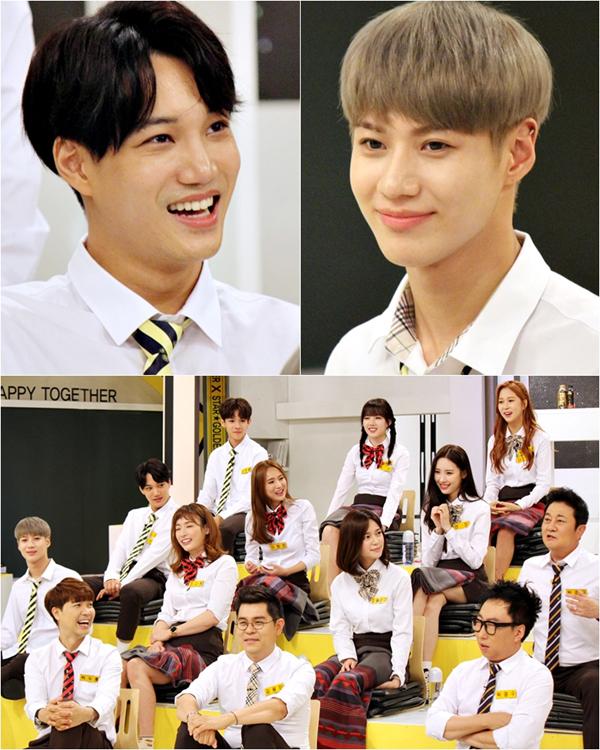 SHINee's Taemin asks the guests if they've ever been in a scary accident. He tells his own story. Taemin says, "I was dancing on the lift, and my pants ripped. The fans were below the stage, and the cameras were shooting from below as well. Unfortunately, the "accident" was caught on camera.

On the other hand, KAI experienced something that put his life in danger. When he was in high school, he was in an elevator crash accident. KAI says, "At first, I heard something that sounded like mice, so I thought, 'Oh, there's mice.' Then something snapped and the elevator started falling. It wasn't mice, it was sound of the wire rope breaking."

Stay tuned to hear the breathtaking story of how KAI escaped the crashing elevator!