On September 21 at 8:30 p.m., BTS will perform the songs in their new album on BTS COMEBACK SHOW broadcasted live on Mnet. 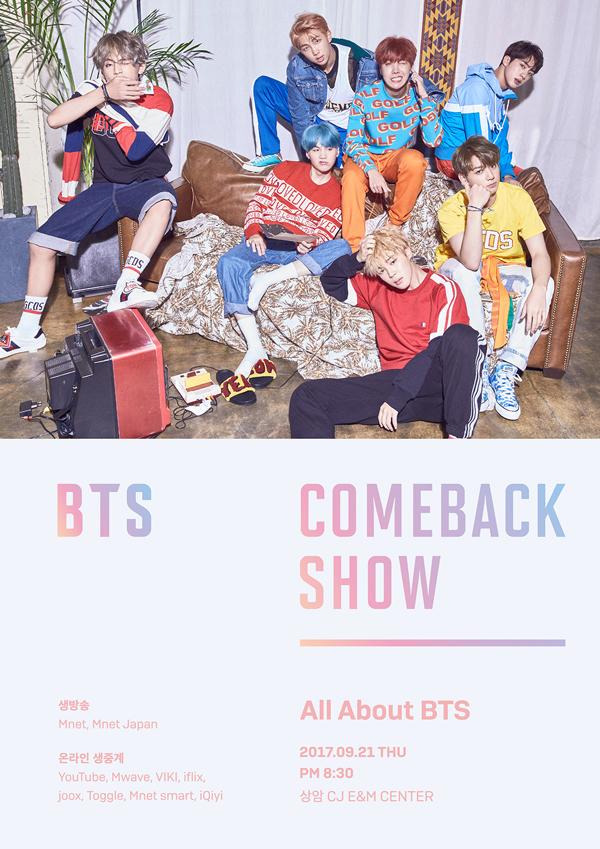 BTS COMEBACK SHOW is a special program for the Armies who have been waiting for BTS's comeback for 7 months.

The program will also show how the members worked on the album and feature BTS's birth story.

BTS will release their mini-album 'LOVE YOURSELF Her' on September 18.