BTS's track list is raising the anticipation for their comeback. 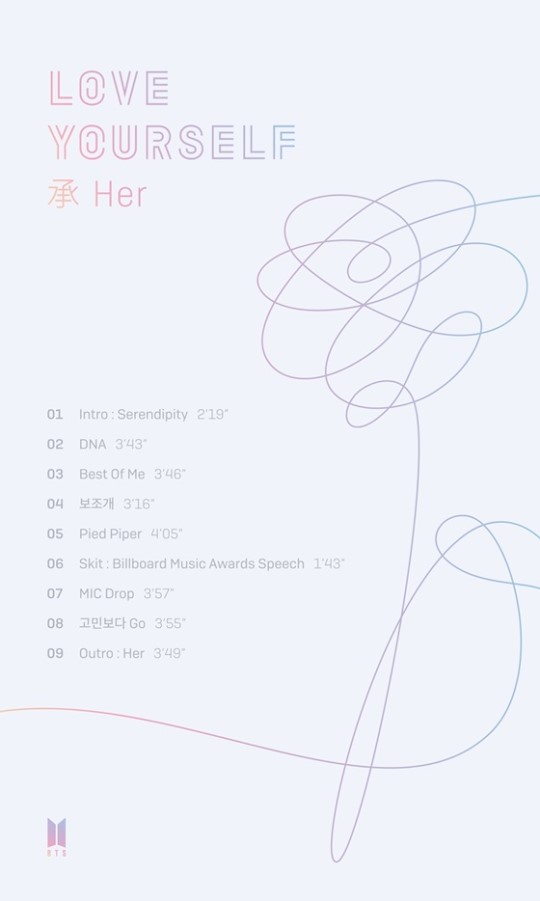 On September 13, BIG HIT Entertainment revealed the track list for BTS's mini-abum 'LOVE YOURSELF 'Her'' on the official fan cafe and SNS channels.

The track list contains 9 track titles including 'Intro: Serendipity,' which was revealed through the comeback trailer video,' 'DNA,' 'MIC Drop' and more.

In particular, the album contains the collaboration track with The Chainsmokers, 'Best of Me,' and a skit track 'Skit: Billboard Music Awards Speech.'

BTS will release 'LOVE YOURSELF 'Her'' on September 18 at 6 p.m. through online music websites. They will perform the new songs for the first time on the 'BTS COMEBACK SHOW' on September 21.