On tonight's episode, actor Yoo Yeon Seok says he enlisted in the air force because of his girlfriend, but she broke up with him when he was in the training center. 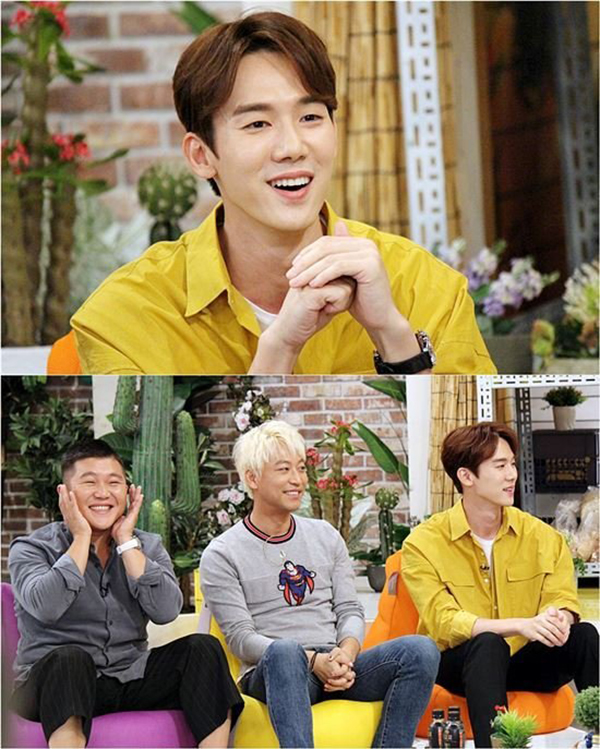 Yoo Yeon Seok begins his story saying, "My ex-girlfriend cheated on me as soon as I enlisted in the military."

However, the first letter he got in the military was a Dear John letter. He says bitterly, "I was in the midst of 12-week training. I cried so much."

On the other hand, Yoo Yeon Seok gives tips for shooting kiss scenes as a 'kiss scene master.' In particular, he says that he brought wine to the drama set before his kiss scene with Seo Hyun Jin. What kind of 'kiss lesson' is he going to give? Stay tuned!