SHINee's Minho hangs out with Lee Dongguk's children from 'The Return of Superman'! 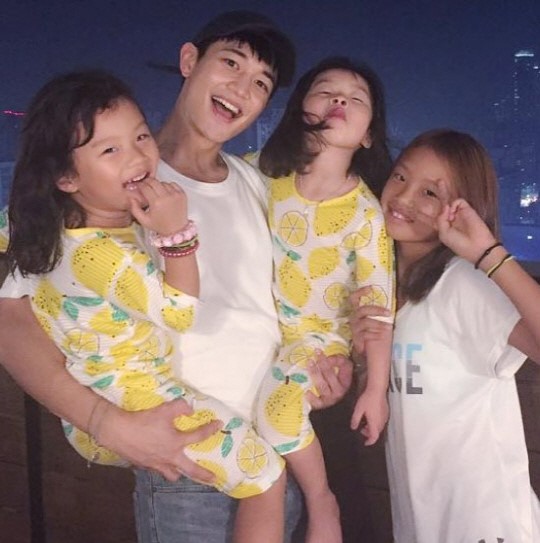 On September 13, Lee Dongguk's wife, Lee Sujin, wrote on her Instagram, "#SHINee #Uncle Minho who is handsome like a statue, kind, pure, cool, and warmhearted came to visit us saying that he misses the children and played with them, I'm so touched. The girls are cuddled up in his arms like magnets as soon as they saw him" with a picture.

In the picture, Seola and Sua are in Minho's arms. The children are smiling happily around Minho.

Minho is a big fan of Lee Dongguk, and he has shown his close relationship with the 5 siblings on 'The Return of Superman' before.