I’m sure that you’ve played these classic board games: Who is it? , Guess who? or Who is who?. Well, we will be playing a similar game with KBS drama characters. You have to guess who said or did a specific thing by following the clues that I’m going to give you, based on physical appearance or clothing in each image. The correct answers will be given at the end of this game.

Let’s get started. Have fun! 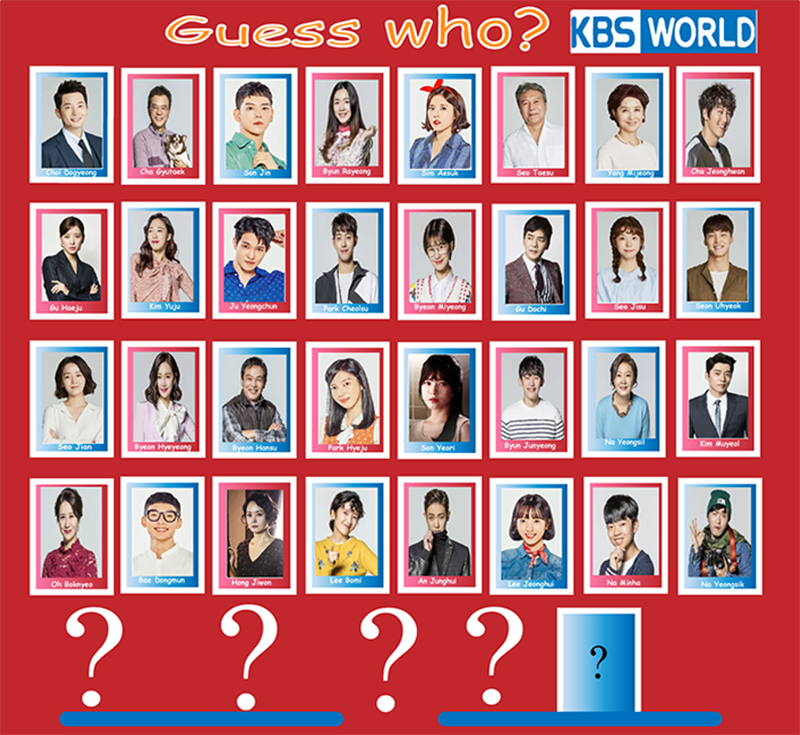 A-Guess who said: “My goal isn’t getting married, it’s to have a job and work hard.”

Don’t you know it yet? Mmm…the next hint will be vital…

Oh options are getting shorter, don’t you think? I believe that you’ve already guessed it, but here we go with the last clue.

B-Guess who said: “Once you chew the sweetness out of a piece of gum, it’s only natural for you to spit it out.”

You can discard now all “oppa” and “ahjussi” characters.

2-Her hair is tied back.

Are you clueless? I’m sure you will guess it with this hint:

3-She is wearing a black suit.

Did you guess it? If you did, congrats!

C-Guess who is: punished with meditation for being loud in class.

1-Her hair is neither too long nor too short.

Look carefully at each image. Are you a bit confused? I think I can help you.

2-She is wearing a red handkerchief.

What? Are you asking for the last hint? Here it is!

Did you get it right? You are doing it great! Let‘s go for our final character!

D-Guess who said: “The king has donkey ears.”

Yes he is a man. Are you ready for the next hint?

2-He has classy flip front hair.

He looks good with that hairstyle!

A bit difficult, isn’t it?

I hope you had fun with this game! Bye-bye! 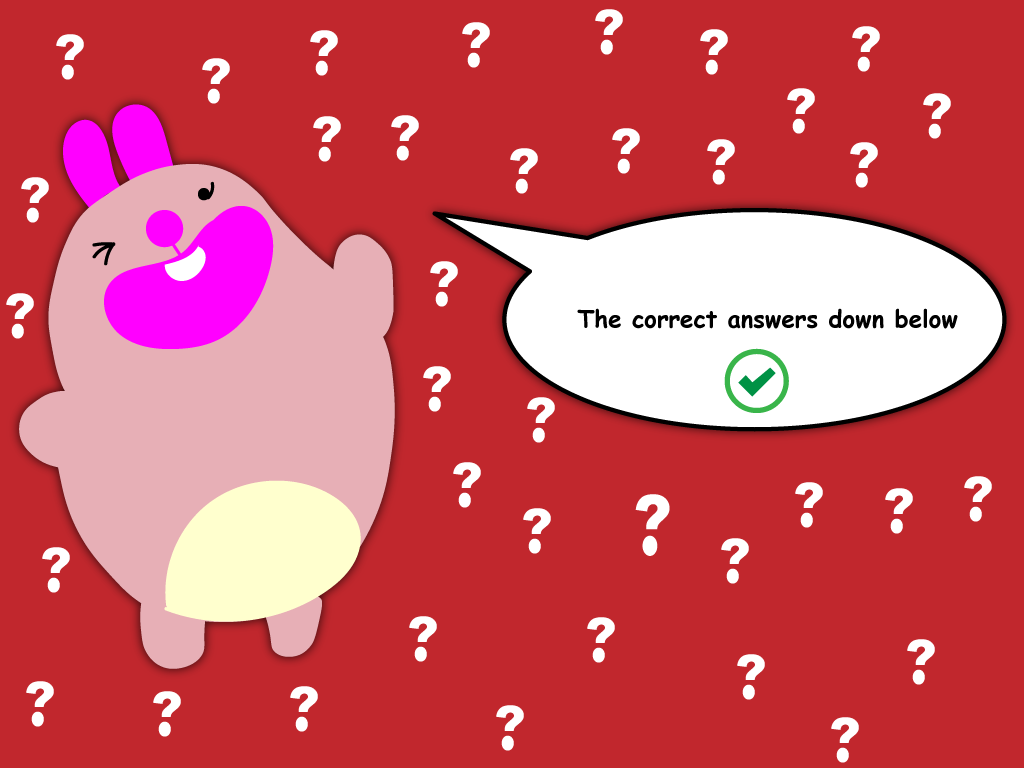 A- Byeon Myeong from drama “My Father is Strange”

Byeon Myeong, is the second daughter of the family. She has been looking for a job for three years but it wasn’t easy for her because she was also trying to overcome her insecurities after being bullied at high school; in spite of that, she has decided to get a job. So she goes from interview to interview. She finally gets the opportunity to work at Gabi Entertainment Company, and this phrase was what she assertively answered on that interview when she was asked if she had a boyfriend.

In this episode, Haeju can’t accept being under the same roof as Son Yeori .She angrily yelled at Yeori who was bringing up some water for her, warning that she will be throwing her away when they don’t need her anymore as she is not part of the family.

While the students were lively talking about boys, the teacher appeared. He caught Jeonghui and Kiryuh being loud. They were punished with doing meditation in the middle of the class. At the same time, a new student has arrived, making the situation more shameful.

Choi Dogyeong, the head of Strategic Planning Team of Haeseong Group, was taking the elevator at the same time as some workers did. But they didn’t notice him as he was lacing up his shoes. They start bad-mouthing him, and he cleverly but politely dealt with that situation, confronting them and teaching a lesson that they will never forget.

I must say that I was curious about the meaning of that phrase, so I looked for it. I found different variations from the same story, but I liked the old Korean tale version, written by Felix Im. I encourage you to read it. Choi Dogyeong gives to this story the meaning “Badmouthing someone is an instinct everyone has.” But after reading this short tale you could bring your own interpretation.