'Happy' Son Ho Young, "I wanted to be friends with Kang Daniel, so I got his number." [Happy Together] 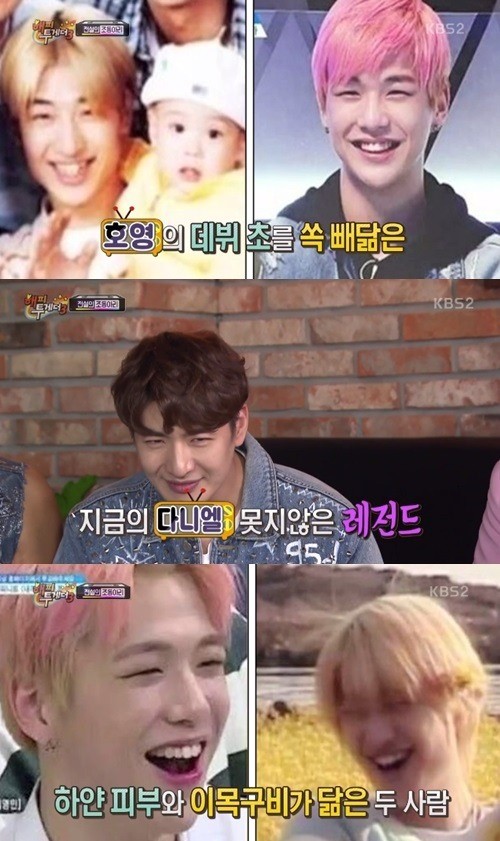 On tonight's episode of 'Happy Together,' Son Ho Young from god appears. The MCs say that he and Kang Daniel are lookalikes. Son Ho Young says Daniel's fans won't like hearing that. Kim Yong Man says that Ho Young's popularity was no less in the past.

Son Ho Young adds that Kang Daniel belongs to the same agency as him. He says, "We are in the same agency, and when he was in 'Produce 101,' I really liked him and wanted to be friends with him, so I contacted him first."

In response, the MCs claim that they have sworn to be brothers with Wanna One members, as if to compete over who is closer to Wanna One.