Pictures of Yoo Jaesuk attending his son's sports day were posted on a website. 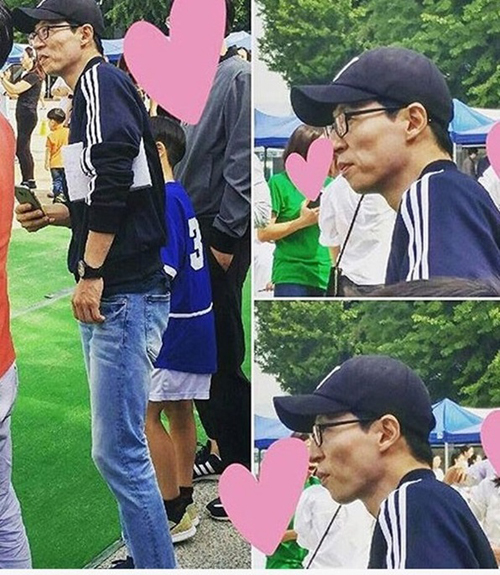 On September 23, Yoo Jaesuk participated in the fall sports day or field day of Soongeui Elementary School where his son, Jiho, attends. 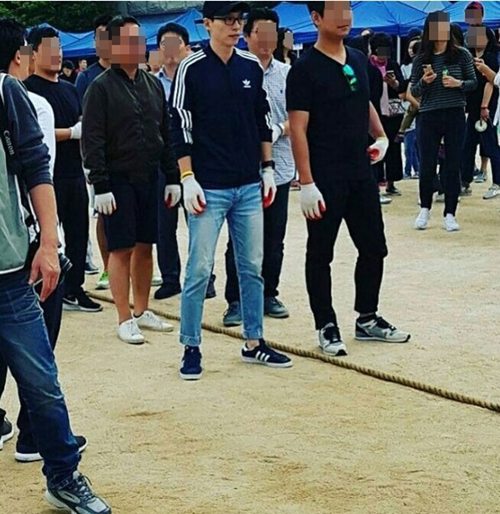 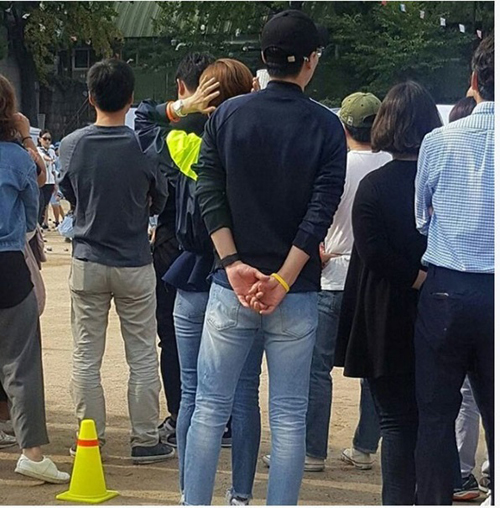 He played tug-of-war with other parents, and he watched his son on his tip-toes. He may be a superstar, but when it comes to parenting, he's just like any other dad! 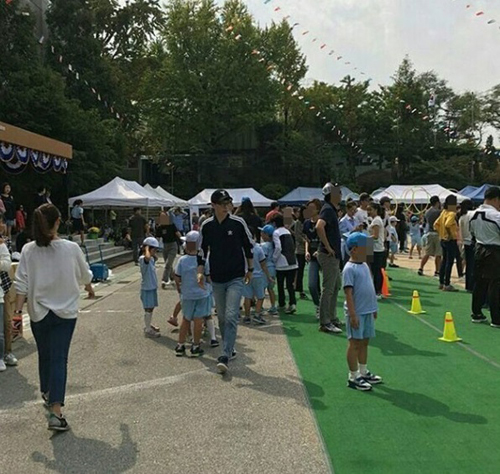 Yoo Jaesuk married to presenter Na Gyeongeun in 2008 and had Jiho in 2010.