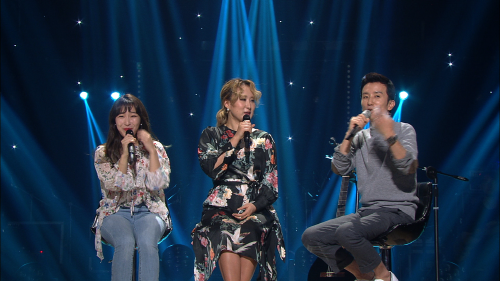 Musicians with unique colors, Sunwoo JungA and CHEEZE start off with a wonderful stage. Sunwoo JungA says, "Since our heights are 20cm different, we named our team '20cm.'" For CHEEZE, it's her first appearance on 'Sketchbook.' She is so excited to finally appear in the show that she's always dreamed of!

Sunwoo JungA sings 'It's raining,' which is the song that IU recommended in 'Hyori's Homestay.' She sincerely thanks IU for introducing her song.

Sunwoo JungA has proved herself as a competent producer, working with numerous artists such as IU, GD&TOP, 2NE1 and more. She names Zico as the artist with whom she wants to collaborate. She says, "I want him to produce my song," and sings Zico's 'She's A Baby' while playing guitar. CHEEZE names Red Velvet as the musicians who she wants to work with, and sings Red Velvet's 'Red Flavor' briefly.

Lastly, the two discuss their career goals. CHEEZE says that she wishes that her music would become famous, rather than herself. On the other hand, Sunwoo JungA says, "I want to be famous." 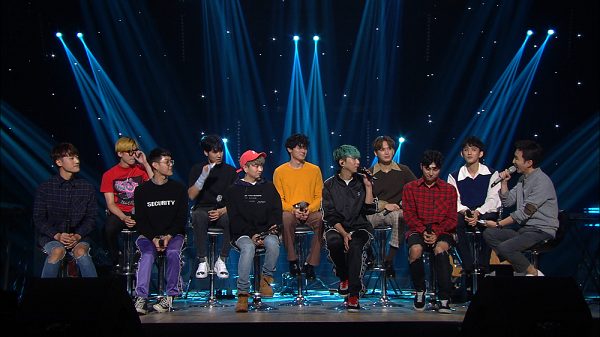 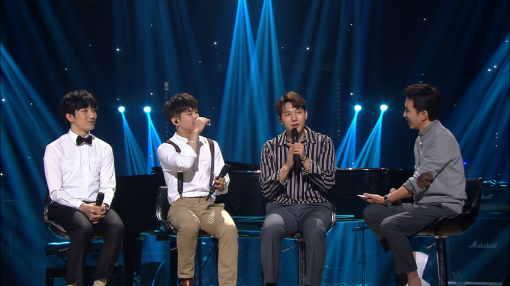 Stay tuned to listen to the amazing voices of indie musicians, including MeloMance & Paul Kim, Sungwoo JungA & CHEEZE, and Jannabi & We Are The Night!