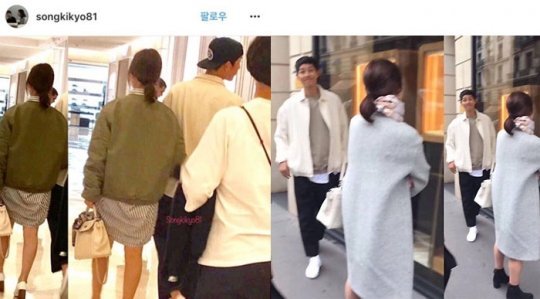 Recently, sightings of Song Joongki and Song Hye Kyo went viral on SNS. On the couple's fan page, pictures of them dating in a shopping mall with arms crossed were revealed. Song Joongki is smiling brightly at Song Hye Kyo. How sweet! 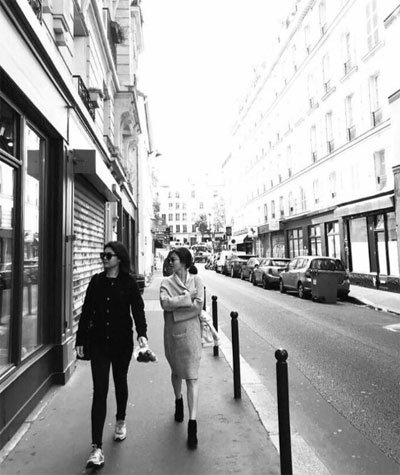 Song Hye Kyo confirmed the fact that she is staying at Paris by posting a picture of herself in the street of Paris.

Meanwhile, the couple left for the United States for their wedding photo shoot on September 3, and they returned to Korea on the 13th. Only about 15 days later, they traveled to Paris, France. It is speculated that they are there for another photo shoot or event in Europe.