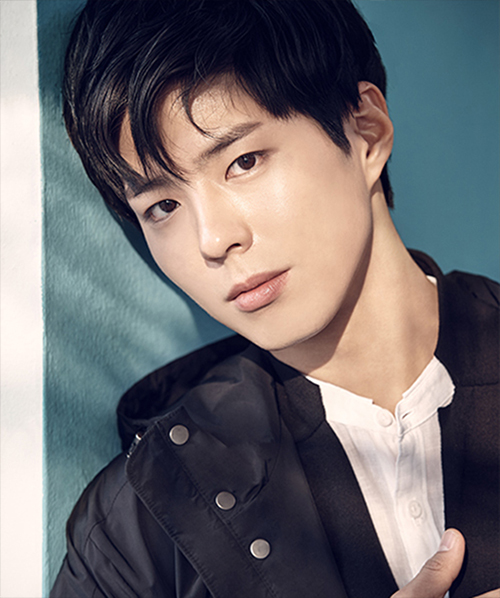 Park Bogum is one of the few stars in Korea known to have no anti-fans due to his polite and upright image. But he became the center of controversy online because of his religion. 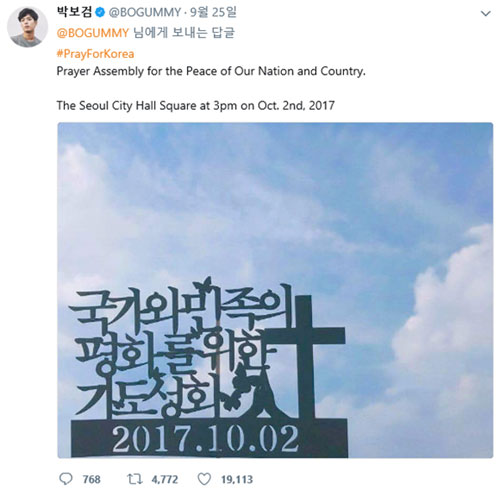 On September 25, Park Bogum promoted a prayer event held by his church, Jesus Centered Church, on his official Twitter account. In English, he wrote that the prayer event is for the peace of Korea and wrote and time and place of the event.

Jesus Centered Church is regarded as a cult by The Christian Council of Korea and other Christian organizations. Some people even call it a pseudo-religion.

There has been some mixed reaction to his post. Some netizens said, "Even if it's for a good cause, it's not right to propagate his religion this way," "I've never seen a celebrity using his fame and popularity to promote a religious event." Others defended Park Bogum saying, "We're facing a threat of war with North Korea, so let's view it favorably," "It's not like he's promoting it on television, it's just his personal SNS," "We have religious freedom in this country, and he should make his own decisions."

Meanwhile, in a previous interview, Park Bogum denied his church being a cult saying, "I am an ordinary Christian. I feel sad that it's being wrongly portrayed [as a cult]. It's not a cult or Shincheonji (famous Korean cult). If it was, I would've gotten out."