A queen of record sale, IU will soon start her concert tour on November. 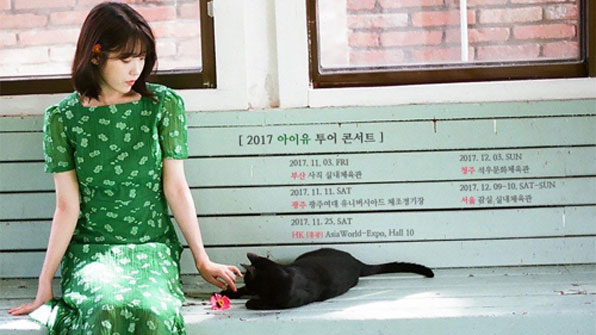 After the concert, it will be lead to concert in HongKong at Asia World Expo hall 10 on November 25th.

IU released her fourth general album 'Palette' on last April and also remake album 'Flower Bookmark 2'. Her pre-released songs such as 'Through the night' and 'Can't love with you anymore', title song 'Palette', additionally remake song 'Autumn Morning' swept the first places off various online music charts. She even attracted fans with her free and easy characteristic seen in daily life through a program 'Hyori's Homestay'.

The ticketing will be started from concert in Busan on October 11th at 8PM.