JACKSON says, "I am always GOT7's Jackson" concerning his solo activities in China.

When asked about his recent solo activities in China, Jackson showed his determination to remain as a member of GOT7. 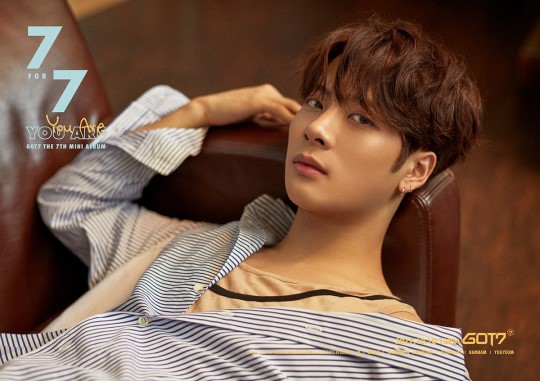 GOT7 recently made a comeback with the new album '7 for 7.' On October 11, they held an interview to celebrate the release of the new album.

Jackson, when asked about his recent solo activities in China, said in response, "It's a sensitive issue" and made everyone laugh. Then he seriously said, "I want to be GOT7's Jackson. There are people who give negative opinions both in China and Korea, but it's hard for me to pay attention to all of them."

He continued, "My solo activities in China were different from GOT7's color. Each of the seven members has a unique color. Since I've been doing a lot of variety shows until now, people think of me as being funny, which has given me a light image, and some people think that I'm not good at music. But what I've shown on variety shows is only a side of me."

GOT7's new album '7 for 7' contains 7 tracks. Leader JB wrote and composed the title track 'You Are.' Not only JB but all the other members participated in writing the songs in the album. Jackson wrote the track 'Face' with Mark and BamBam.