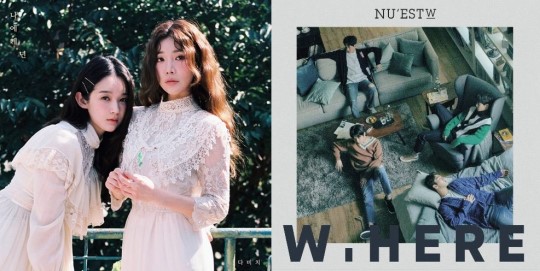 DAVICHI released a new romantic pop single 'To Me' on October 11. As of the morning of October 12, the song was ranked no. 1 in Genie, Bugs, and Soribada charts.

NU'EST W's 'Where You At' topped Melon and Naver Music charts. The song is ranked high in major music charts, and other tracks in the album are also storming the charts.

GOT7's comeback title 'You Are' is ranked no.1 in Mnet chart.