Two members of Super Junior were dating the same girl! 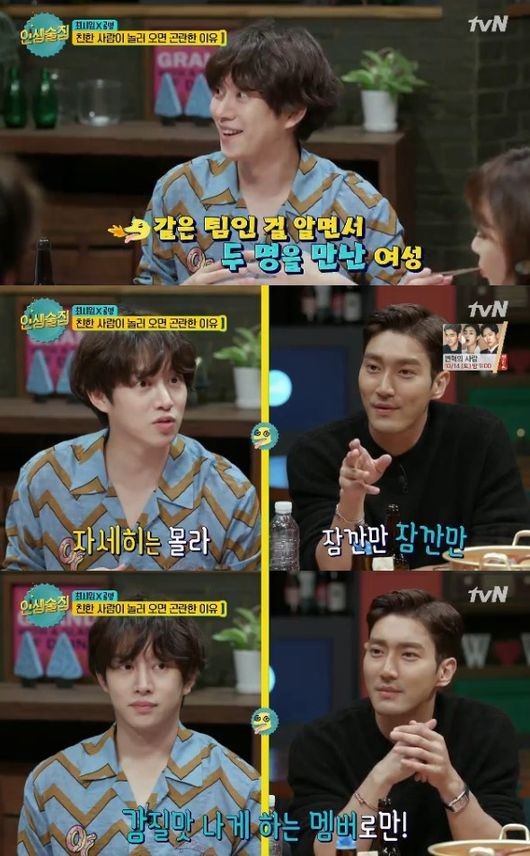 Super Junior's Kim Heechul and Choi Siwon recently appeared in a talk show. When asked if the members share their love life stories with each other, Kim Heechul answered, "If only they don't overlap..."

Siwon said, "If our girlfriends are in the same field, we tell each other." He added, "I have an itching tongue" and didn't say more. Both of them were very careful not to leak any details.

Heechul said, "Siwon and I have never been two-timed." But he mentioned a female celebrity who used to two-time on other Super Junior's members. They kept her name secret though.