TWICE has confirmed their comeback for October 30. 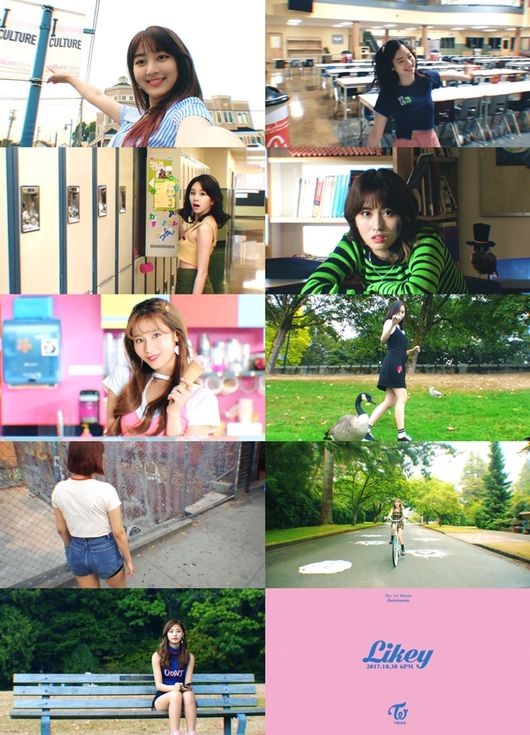 On October 16, TWICE released the official teaser for their first full-length album 'LIKEY' on their SNS.

The teaser shows each member spending a typical day, taking a walk and riding a bike. It features a cheerful and rhythmical beat in the background.

This year, TWICE has promoted 'Knock Knock' and 'Signal' in February and May, respectively. Their new song 'LIKEY' will be their third promotion in 2017.