Tonight's episode of 'Hello, Counselor' features an immature mother who uses her daughter's money to produce her album. 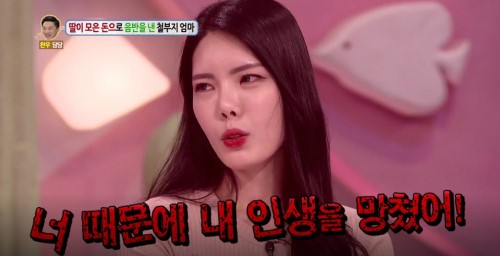 A thirty-year-old woman appears on the show and introduces herself as a "daughter who suffers because of her immature mother." She says, "My mom, who buys expensive golf clubs and extravagant clothes all the time, always asks me for money. She wants to be a trot singer now, and she's asking me to pay for her album." 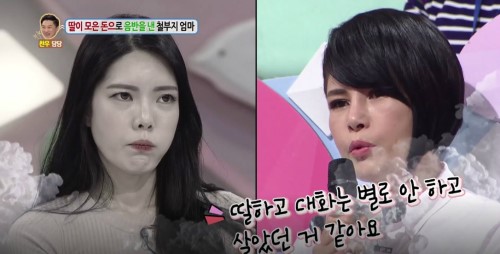 Her mother says she has made a deposit of 7 million won to her agency. The MCs and the guests tell her that she has been scammed. K. will scolds her saying, "You don't even realize you've been scammed!"

The daughter has lost 15kg in a week because she has lost the will to live. But her childish mom never noticed it! She shocks everyone by saying, "I thought she was on a diet." 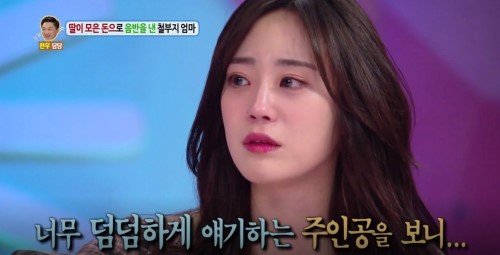 Then, Heo Young Ji, former member of KARA, cries out in tears. She says, "The daughter talks about it so calmly. She looks so calm outside, but she must be so distressed inside. I think she grew up well by herself. I hope the mother thanks her daughter for having grown up so well without her love."