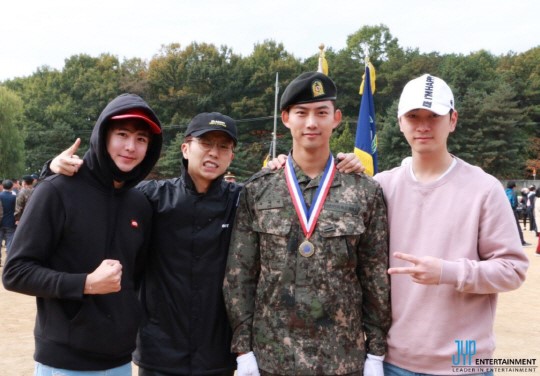 The photo shows Nichkhun, Wooyoung, and Chansung standing next to Taecyeon. According to JYP Entertainment, Jun.K and Junho congratulated him through video calls because they had schedules that day. What a great friendship they have! 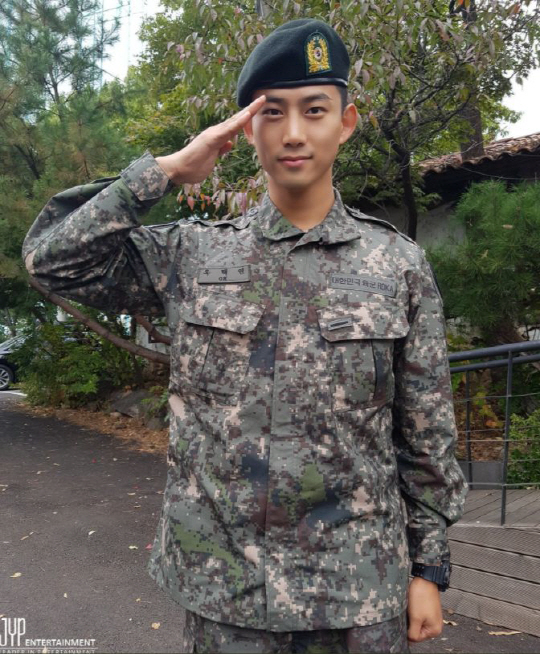 Meanwhile, Taecyeon enlisted in the military on September 4. Now that he has finished his basic military training, he will officially begin his service at his assignment.