In the last episode, it was revealed that Kangwoo and Minjun had both lost their family in the plane crash accident. 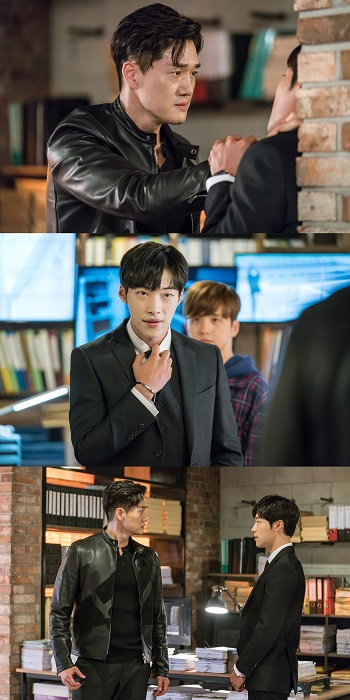 Now that Minjun's identity has been revealed, the tension between Kangwoo and Minjun will reach its peak in episode 3.

Still images for the upcoming episode have been released. Until now, Kangwoo was not shaken by Minjun's provocations. But Kangwoo has totally lost his temper! He is glaring at Minjun with furious eyes and grabbing him by his collar. Minjun barely escapes from Kangwoo's fists, but he is still staring at Kangwoo fiercely. What did Minjun say that made Kangwoo so indignant?

Will the two guys find the clue to solve the mystery behind their families' death?