This is the fourth time this year that APINK has received threats from the same person. 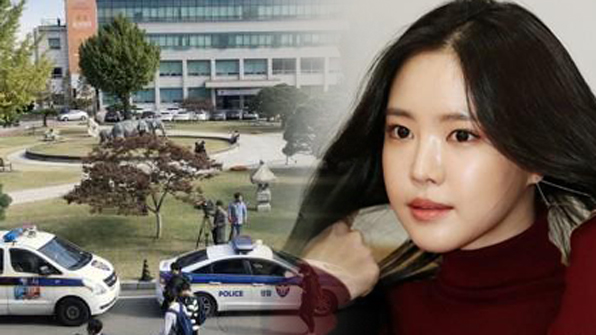 On October 19, Son Naeun was supposed to attend a ceremony at Dongguk University. However, around 2 p.m., a man reported to the police that he installed explosives at the event hall. Due to this call, police officers were dispatched to the scene, and the ceremony was delayed 20 minutes.

The threat turned out to be false, and there were no explosives at the event. It was revealed that the threat was imposed by the same man who made threats against APINK in the past.

The police has established that this man is currently residing overseas, and his personal information has been collected as well. With the help of Interpol they are planning to track him down. However, because the man has a foreign citizenship, it might take a while to bring him to Korea.

Threats against APINK began in June of this year. The man called the Gangnam Police Station in Seoul and threatened to kill APINK with a knife, and police was dispatched to the agency.

Later, on the day of their comeback showcase, he again threatened that he installed bombs at the showcase hall. The SWAT team and bomb-sniffing dogs were dispatched.

He didn't stop there. He claimed to have put explosives in KBS, where APINK was supposed to have their comeback stage. The police evacuated 150 people in the audience and investigated the site, and the report turned out to be false.