Upcoming KBS drama 'Black Knight - The man who guard me' tells a story of a man with an innocent idea of love who embraces a dangerous fate for a woman he loves. 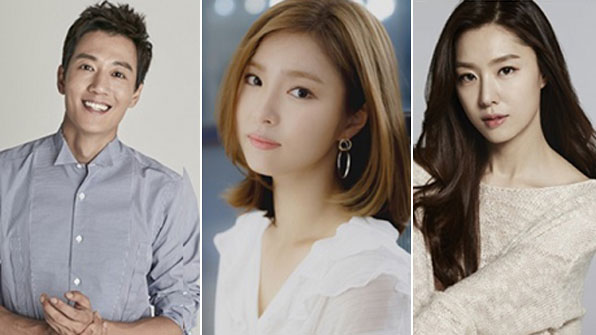 Kim Rae Won will play Moon Soo Ho, a young CEO who is strict to himself and never shows his true colors. But when he is in love, he is a pure romanticist.

Kim Rae Won said, "When I first read the script, I thought it was a movie-like drama. I was confident in the director's delicate expressiveness and the writer's solid narrative, so I was able to make the decision without hesitating."

ShinSae Kyeong plays Jeong Haera, an employee of a travel agency. When her work, family and relationship with her boyfriend all become a mess, she reaches the bottom of her life. However, she still maintains her optimistic and cheerful attitude. Shin Sae Kyeong will also portray another character that has the opposite personality from the lovely girl Jeong Haera.

Shin Sae Kyeong said, "I am excited to work with good seniors, director, and writer. I will do my best to bring you a good drama this winter."

Seo Ji Hye will play the villain, Sharon. Sharon is a mysterious character who has not died for 200 years. Despite having a beautiful and young appearance, she is selfish and pungent.

Seo Ji Hye said, "I got a feeling that it's going to be an interesting drama from reading the script. I was attracted to Sharon's character because she lives in a world of her own even though she is in the same time period. I am excited to show a different side of me through 'Black Knight.'"