This is his second new actor award since Baeksang Arts Awards in May. 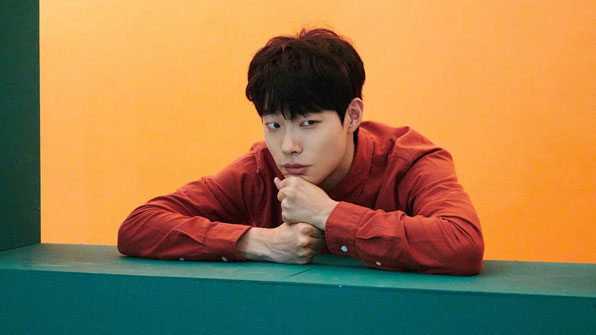 Ryu Junyeol competed against Park Seo Jun (Midnight Runners), Kim Jun Han (Anarchist from Colony) and Lee Won Keun (Misbehavior) in the new actor category. He won the award for his performance in the film "The King."

In his acceptance speech, he said, "I was able to realize how happy it makes me feel to act while watching a collection of my videos since debut that my fans made with the theme of 'dream.' Thank you director Han Jaerim, Jung Woo Sung, Bae Seong Woo, Jo In Sung, Kim Eui Sung and Kim A Joong for letting me take part in the film. I'd also like to thank Song Kang Ho, who is looking at me affectionately right now."

Ryu Junyeol debuted in big screen with "Social Phobia." He recently starred in "A Taxi Driver" with Song Kang Ho. He also stars in the new film "Heart Blackened," which will be released in November.