Seolhyun shares photo with the President & First Lady of Korea!

AOA's members met the Korean President and the First Lady in Jakarta, Indonesia. 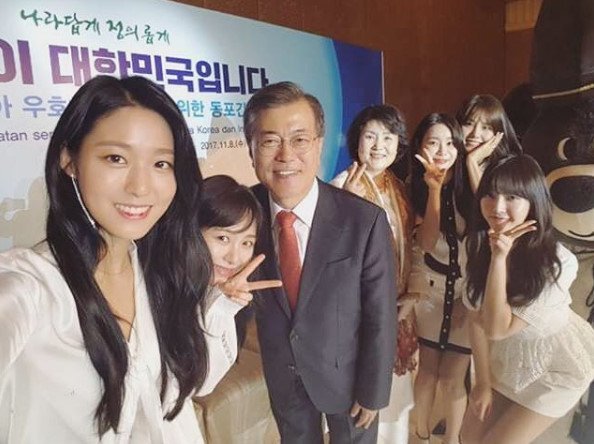 On November 9, AOA's Seolhyun shared a photo on her Instagram and wrote, "Thank you so much for the gentle smile and warm treatment!! #PyeongChang2018"

President Moon Jae In visited Indonesia as the guest of the state and held a banquet with 400 Koreans living in Indonesia at a hotel in Jakarta. AOA was invited to perform at the banquet.