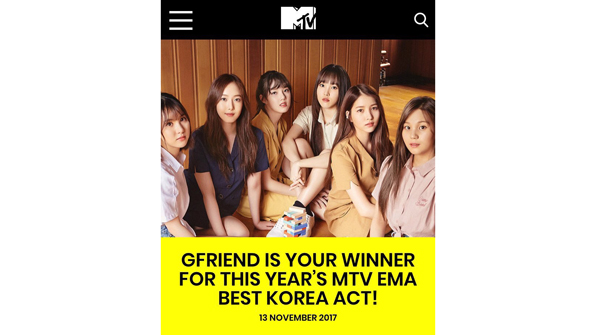 The winner of 'Best Korea Act' is decided by global fans' vote, and GFRIEND is the first girl group to win the award ever since the category was created in 2013.

This year, HIGHLIGHT, MAMAMOO, Seventeen and Wanna One were the nominees, and GFRIEND had the honor to win the award among them.

'MTV Europe Music Awards' awards the most popular songs and music videos in Europe every year since 1994. It is aired in 168 countries worldwide. The previous winners include Beyonce, Justin Bieber, Tayler Swift and more.