BTS arrives at LA airport packed with fans and press!

On November 14, BTS arrived at Los Angeles to attend the 2017 American Music Awards. 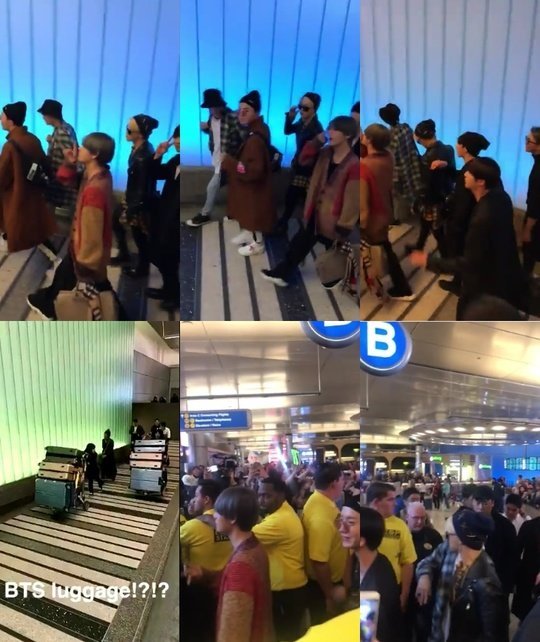 The AMA shared a video of BTS's arrival at the airport on its official Twitter. In the video, numerous fans and press are waiting for BTS to arrive. It shows BTS's luggage passing through the conveyer belt, BTS's members passing the entry gate and leaving the airport.

BTS will appear on 'The Late Late Show With James Corden,' 'Ellen Degeneres Show,' and 'Jimmy Kimmel Live' in addition to attending the American Music Awards on November 19.

Just a casual day at LAX with @BTS_twt. ✈️ Time to get ready for #BTSxAMAs this Sunday! #WelcomeToUSBTS pic.twitter.com/ZO4GAMMlHg