On November 20, Jackson shared a photo on his Instagram with the caption, "Thank you for inviting me to the AMAs." 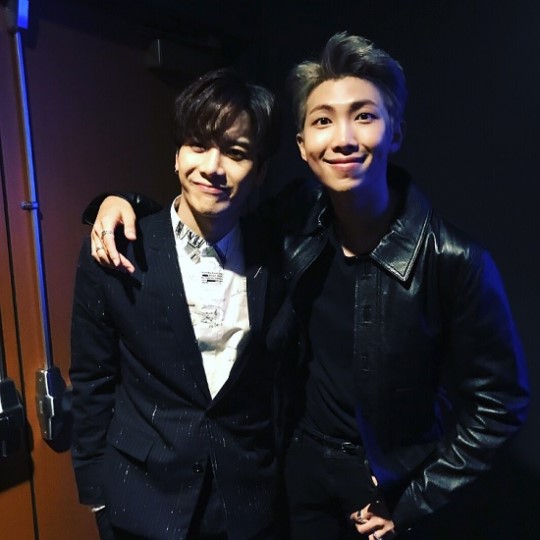 GOT7's Jackson and BTS's RM took a photo together at the backstage of the 2017 American Music Awards. RM is putting his arm around Jackson's shoulder.

Meanwhile, BTS was invited to the '2017 AMAs' as performer and performed 'DNA' on the stage. That night, BTS shared photos on its official Twitter and wrote, "We got to experience such a special! unique! and spectacular awards thanks to you, ARMY." 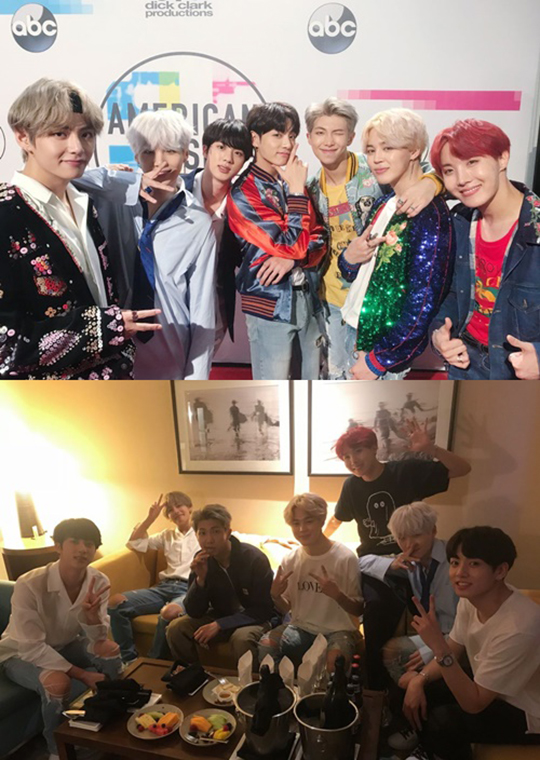 The first photo shows the members dressed in the stage outfit.

In the other photo, the members are eating at a hotel room wearing comfortable clothes.

Congratulations to both Jackson and BTS on their achievements!