GOT7 to come back in December with repackage album

GOT7 will release '7 FOR 7 PRESENT EDITION' on December 7. 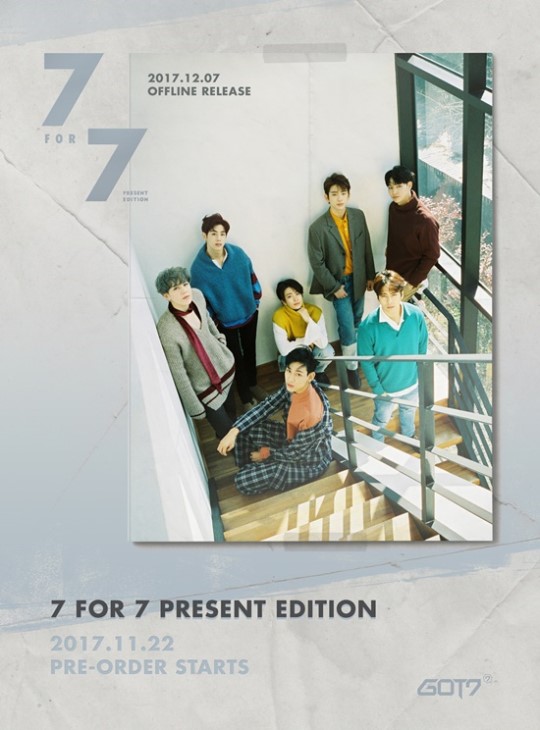 On November 21, JYP Entertainment revealed the teaser image for GOT7's upcoming repackage album and announced the news of its release.

The new album will go on presale on November 22.