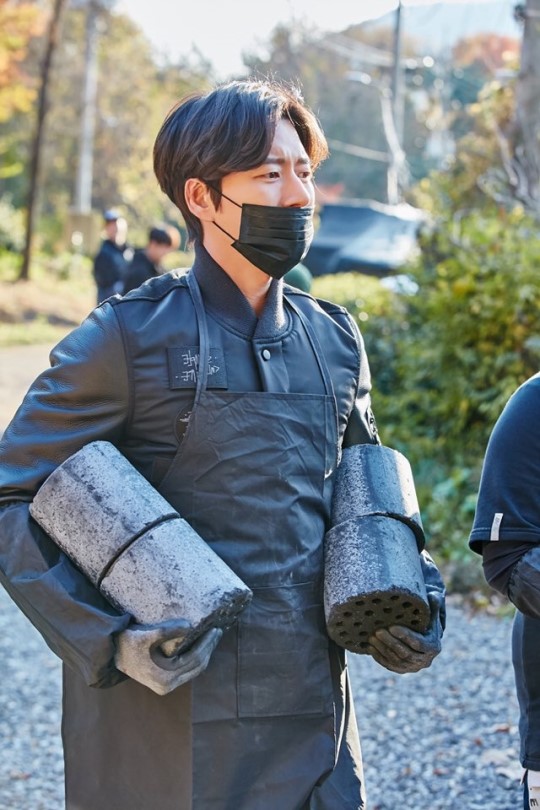 On November 16, Park Haejin delivered 3,400 coal briquettes to 12 families in the rural village of Bangbae-dong, Seocho-gu together with the actors and staff from his drama 'Saja.' He also donated 50,000 won to help the underprivileged community.

Park Hae Jin said, "I've been doing this every year, and I was especially happy because 'Saja' team joined me. It was easy since the weather was relatively warm, and we wrapped up without anyone getting hurt. The fishcake soup that the old ladies made for us is going to be the 'best food' of this year."

Park Hae Jin delivers coal briquettes to those in need every year, and he has donated a total of  1.7 billion won since 2011. He won the community service award from the mayor of Seoul this year.