Kim Jae Joong's stamp to be released in Japan 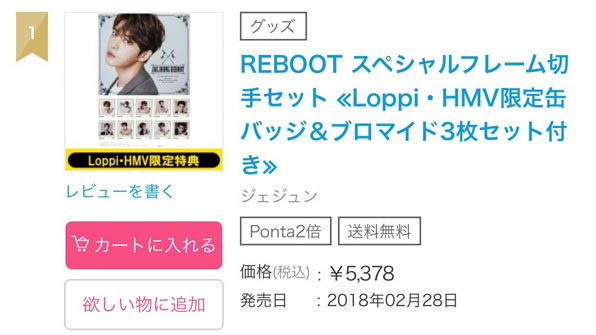 The stamp was designed under the theme 'REBOOT,' meaning a new start. The presale is available through HMV, Japan's biggest label, and the stamp was ranked no.1 in hit products right after the presale was announced.

It is the second time that Kim Jae Joong's stamp is being released since 2014.

Kim Jae Joong wrote on Instagram, "Thankfully, the second stamp with my face is being released. I hope it becomes a precious stamp that can be used to send mail to the loved ones, or collected as a memory."

Kim Jae Joong was discharged from the army on December 30, 2016. He came back as the lead role of KBS drama 'Manhole' in the summer.

He recently held a fan meeting in Thailand, and he will continue his Asia tour in Philippines on November 30.