BTS's JIN shows up at the airport wearing traditional Hanbok 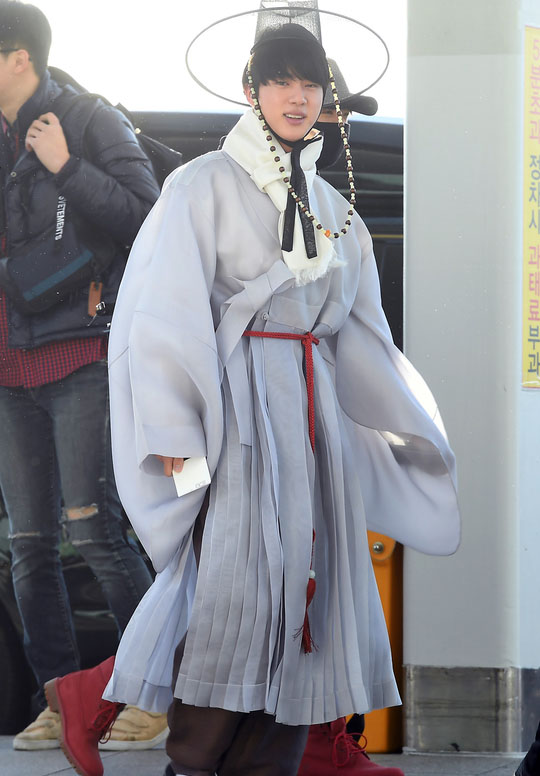 On November 29, BTS left for Hong Kong to attend the '2017 Mnet Asian Music Awards.' Among the members who showed up at the Incheon International Airport, Jin drew the most attention with his traditional scholar outfit. He was wearing a lavender colored durumagi (traditional overcoat) with a gat (traditional hat). The other members were in their normal attire. 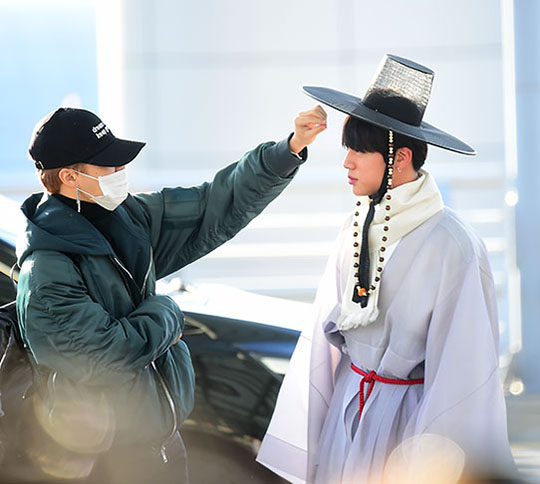 BTS's agency explained that his outfit is part of BTS's new reality program, and that it's difficult to reveal the details before the program airs. 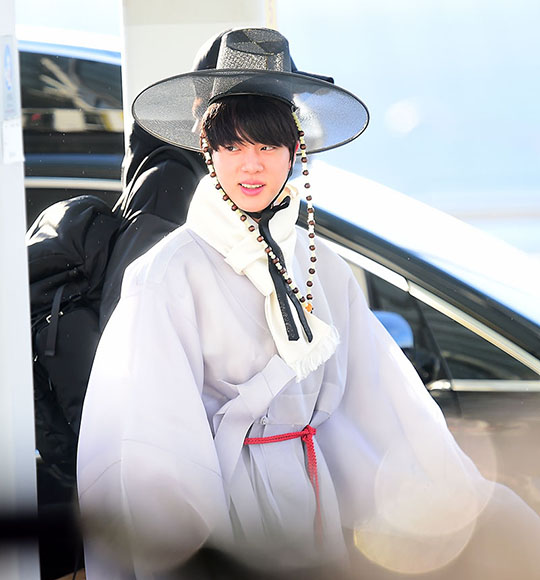