Hyuna dropped the second teaser image for her comeback scheduled for December 4. 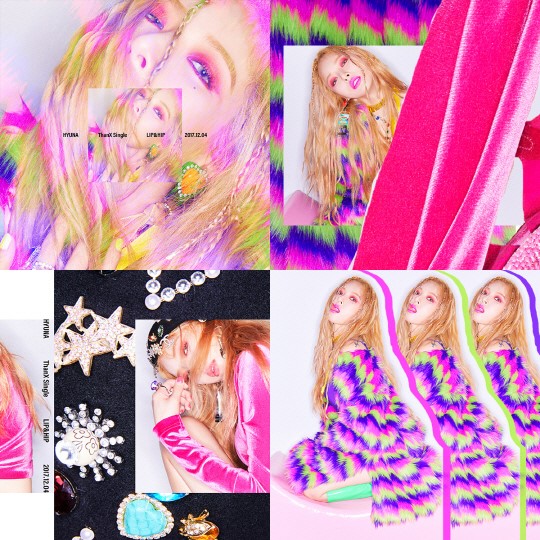 On November 29, the teaser image for 'Lip & Hip' of 'Thanx Single' was revealed on Hyuna's SNS.

In the photos, Hyuna is wearing bright neon-colored outfit, and her colorful makeup stands out as much as her blonde hair.

Hyuna named her upcoming single Thanx Single,' as it is a surprise gift for the fans for her 10th debut anniversary.

Hyuna's performance of 'Lip & Hip' will be revealed on December 2 at the 2017 Melon Music Awards. The song will be released online on December 4.