Yoon Hyun Min talks about his lover Baek Jin Hee in an interview. 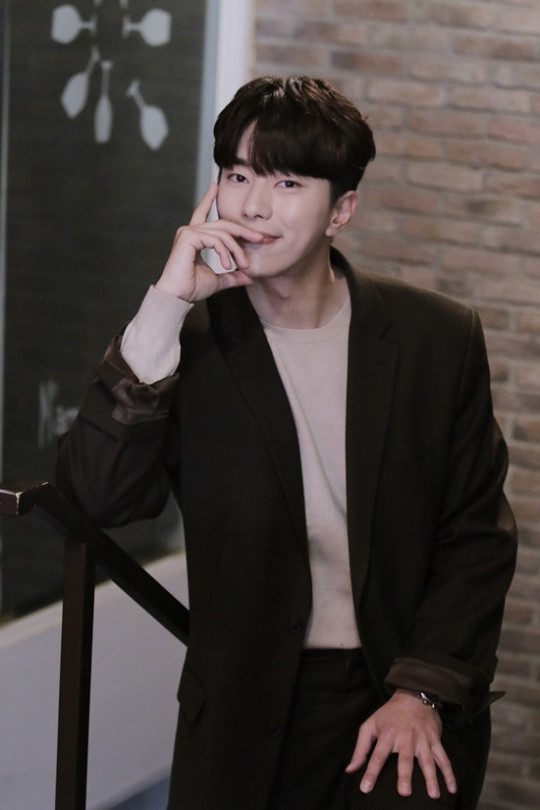 Actor Yoon Hyun Min recently starred as prosecutor Yeo Jinwook in KBS drama 'Witch at Court.' Here is an interview with the actor on his thoughts and plans.

Q: You sang the OST for 'Witch at Court.' Do you ever think about debuting as a singer?

"I personally like music. Although I can't sing that well, when I'm asked to sing the OST for a drama, I usually do it. There's no reason not to do it since it's an opportunity to express myself. But high notes are difficult. My singing skills aren't good enough to release an album, but I'd like to do it if I have a chance."

Q: You are currently dating Baek Jin Hee in public. Baek Jin Hee plays the lead role of 'Jugglers,' which airs after 'Witch at Court.' Did you give her any advice?

"It would be more like encouragement than advice. We are praying together for the success (of Jugglers). We are happily dating."

Q: You used to be a baseball player. Does that experience help you with acting?

"My failure as a baseball player is of big help. Since I had experienced failure already, my goal when I began acting was being an actor for the rest of my life, rather than becoming a top star. I wanted to make my name known in late 30's and last long. Since I didn't major acting and I began at a late age, I didn't chase rainbows. My head was in the clouds when I was a baseball player, and I failed. And that process helped me while acting. Right now, 'm going faster than I planned."

"In my 40's, I'd like to become a person who can express everything without having to say anything. After that, I don't know. Although I'm not sure about the future, I'd like to expect new things in life. Right now, I want to keep improving and become a better actor."