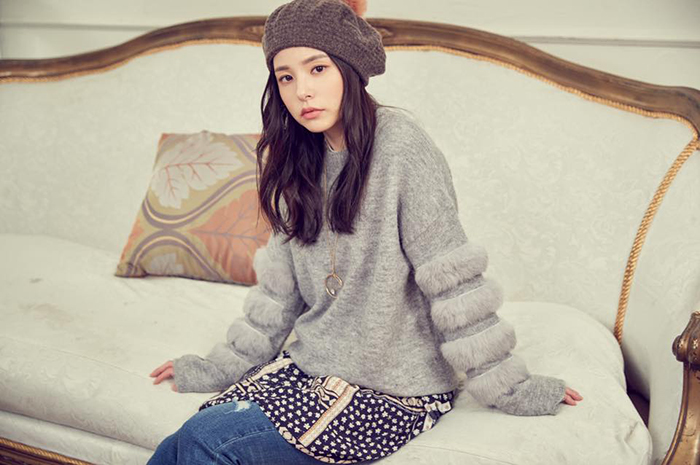 Actress Min Hyo Rin starred in 'Sister's Slam Dunk' last year and surprised us with her unexpected charms. In a recent interview, she talked about her boyfriend, Taeyang from BIGBANG.

Q: Living as an actress can be tough at times. Is there a colleague with whom you can share your worries?

"I usually talk about these hardships with Kang Sora."

Q: You've been dating BIGBANG's Taeyang in public for quite a while. However, there was a rumor of your breakup when Taeyang released his new song 'Darling' this summer, which was about a breakup.

"I heard about the breakup rumors, too. I was surprised since we never broke up. I think it's because of the lyrics."

Q: But Taeyang killed all the rumors when he said, "Min Hyo Rin is my greatest muse" at the press conference. How did you feel?

(Min Hyo Rin blushed at this question.) "I didn't know at all that he was going to do that. I was surprised that he said it, and I was thankful as well."

Q: According to Taeyang, he wrote 'Eyes, Nose, Lips' thinking of you. Did you know this?

Q: Although it's been quite a while since you've been dating, but it feels like you guys are a fresh couple that has just begun dating.

"Thank you. If my boyfriend had been a non-celebrity or actor, I'd be more comfortable talking about him, but since he's an idol and there are other members in his group, I have to be more careful."

Q: After reaching your 30's, have you given any thought to marriage?