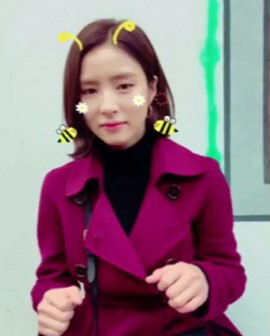 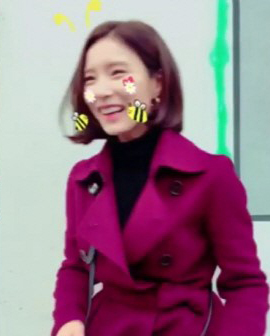 In the video, Shin Sae Kyeong turned into a cute bumblebee using a face recognition application. She is wearing the wine-colored coat that she wore in episode 1. She says, "Don't miss it!"

'Black Knight' is a fantasy romance drama about a man with an innocent idea of love who embraces a dangerous fate for a woman he loves.