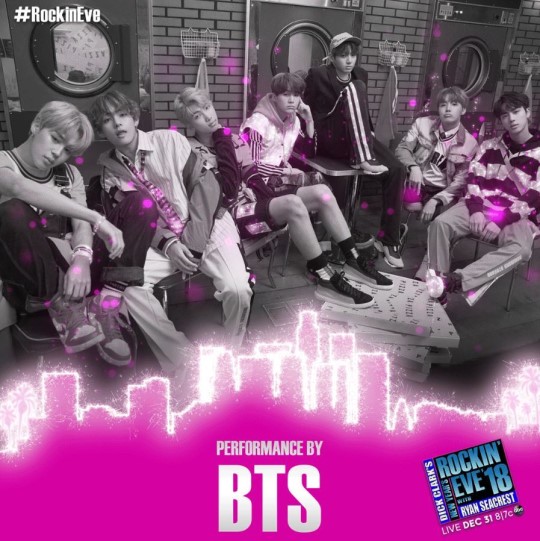 When BTS visited the United States to attend the American Music Awards in November, they also recorded 'Dick Clark's New Year's Rockin' Eve,' which is set to air on December 31. They will be performing 'DNA' and 'MIC DROP' from the album "LOVE YOURSELF 承 ‘Her’."

'Dick Clark's New Year's Rockin' Eve' is a large-scale show that is held in places like New York Time Square's special stage. In 2012, Psy, along with Yoo Jae Seok and No Hong Cheol, performed 'Gangnam Style' on this stage.