Kang Hye Jeong, who is well known to us as the mother of Haru from 'The Return of Superman,' plays the naive and super-young-looking housewife who succeeds in securing a job as a secretary. Her boss-to-be is Hwangbo Yul, played by Lee Won Keun. 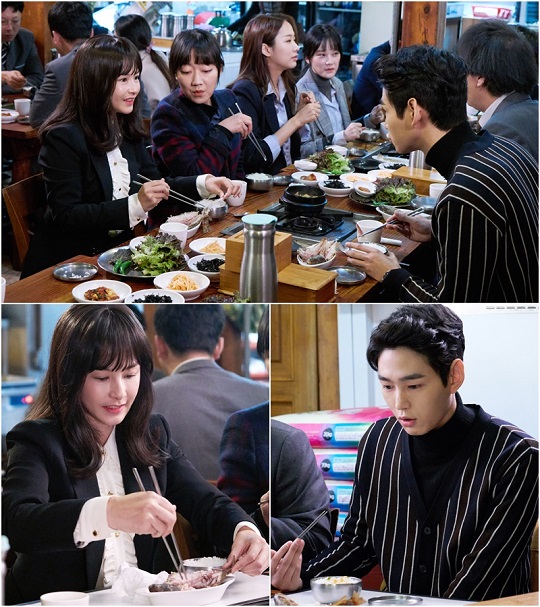 The two have yet to meet until the upcoming episode, and stills of them having lunch at a Korean restaurant were released. As Jeongae skillfully removes the bones from the roasted fish (a skill which she obtained from being a housewife for the past 15 years) Yul watches her in admiration.

This strange lunch is actually a job interview. As it was shown previously, Jeongae's husband went bankrupt and disappeared, leaving her with a ton of debt and a son to take care of. As a mother of a child, she musters her courage to look for a job to feed her family.

After a number of failures, she finds a chance to go to an interview for a secretary position. And part of that job interview takes place during lunch. Is she going to land the job? She sure doesn't look bold enough to survive in the cutthroat world of secretaries. Let's see how she does! 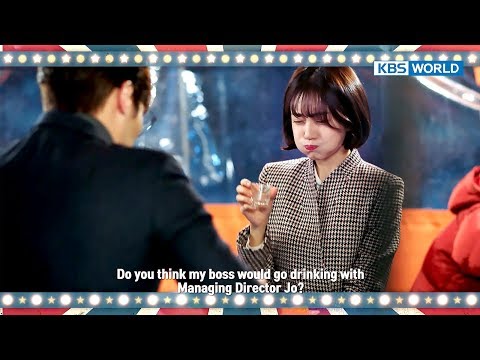