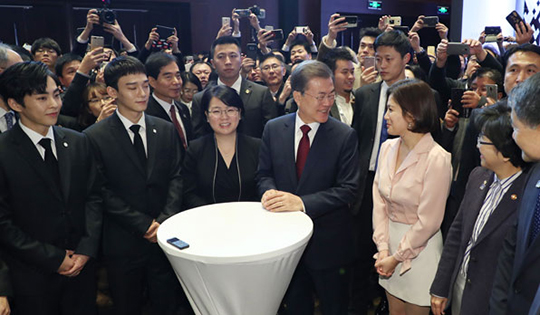 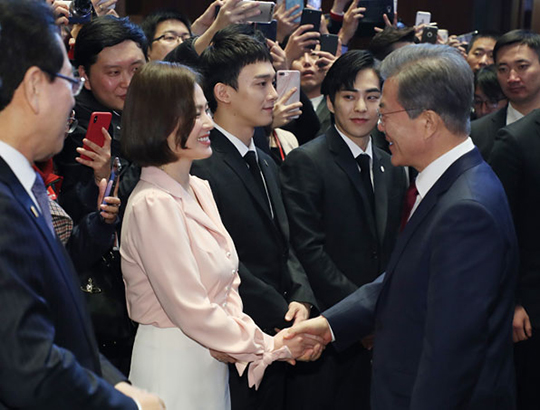 On December 14, actress Song Hye Kyo will attend the China state banquet for President Moon Jae-in, hosted by China's President Xi Jinping. She has gained enormous popularity in China from 'Descendants of the Sun.' On the day before, she departed from Korea.

On the same day, EXO's ChenBaekXi will be attending the opening ceremony of Korea-China Economic Trade Partnership. President Moon Jae-in will also attend the event.