Taeyang ♥ Min Hyorin to have a quiet wedding in February

BIGBANG's Taeyang and actress Min Hyorin will get married next year.

A media outlet reported that the exact date of their marriage is February 3.

Previously, Plum Actors and YG Entertainment confirmed the reports of their marriage and stated that their wedding will take place in February, but the exact date has not been decided. They have been quietly preparing their wedding since last month, and it will be a small one.

Another close source said, "Since Taeyang will enlist in the army early next year, he will hold the wedding before his enlistment. They are determined to get married before he enlists."

Taeyang and Min Hyorin met in June, 2014 when Min Hyorin appeared in the music video of Taeyang's '1AM.' A year later, they admitted they were dating. 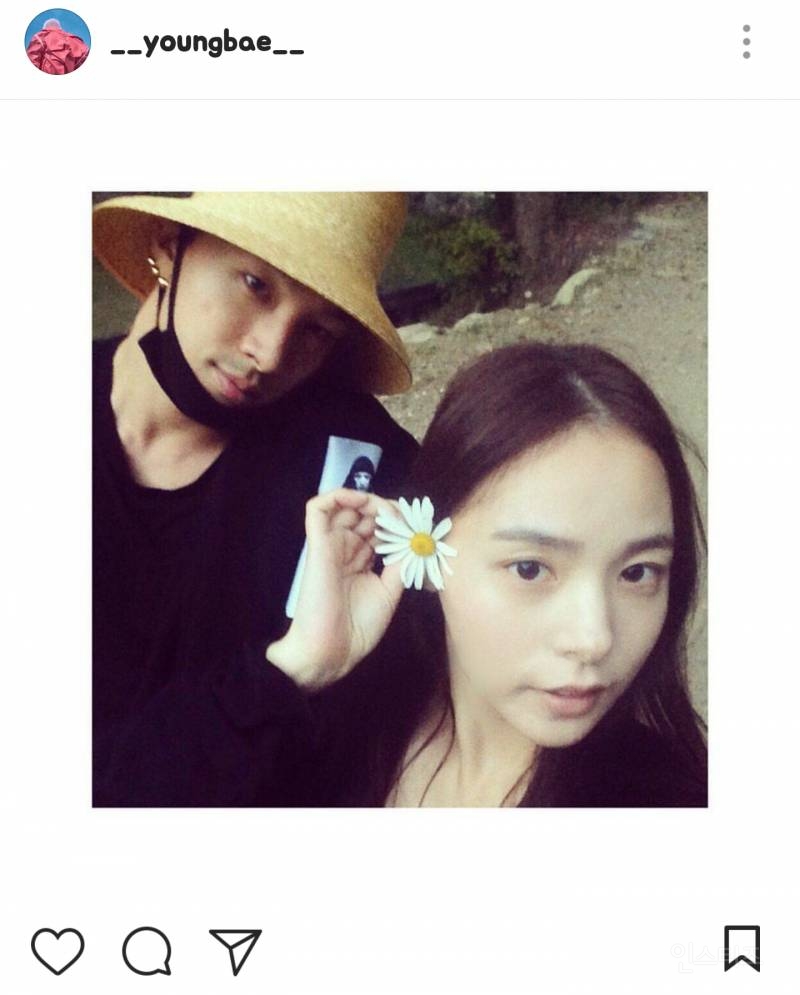 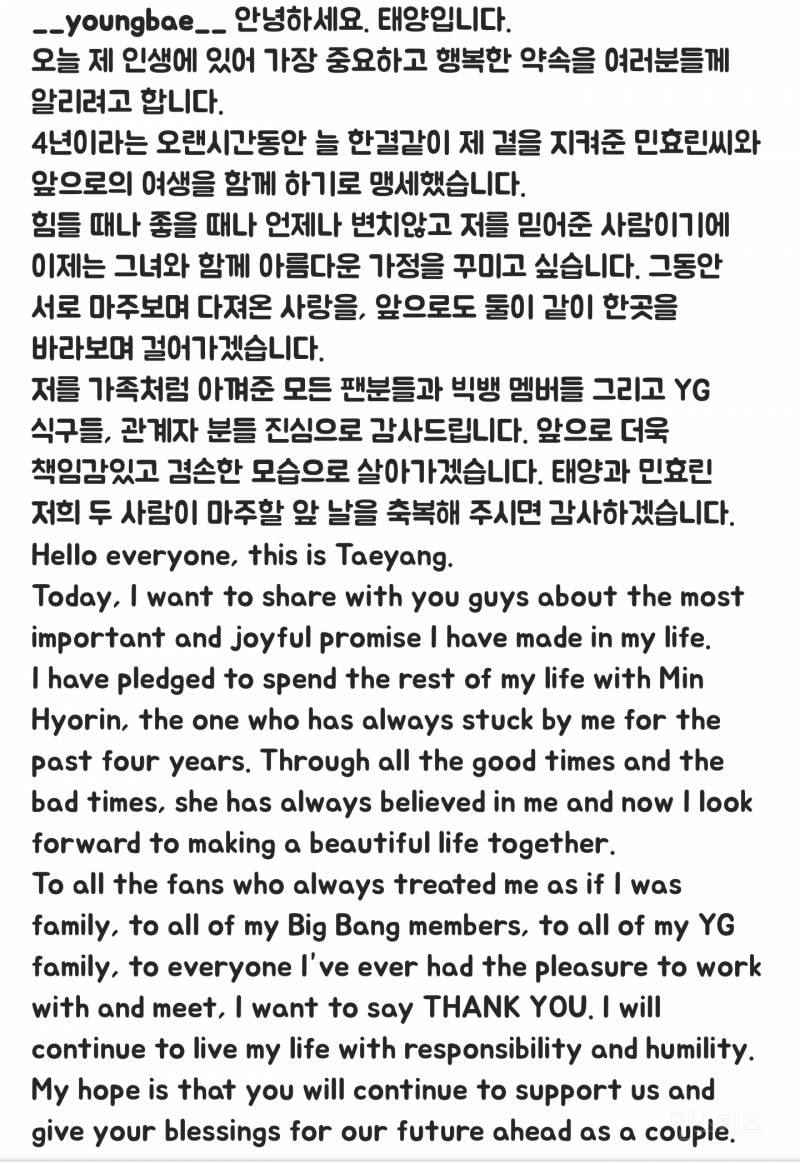 On December 18, Taeyang shared a photo taken with Min Hyorin on his Instagram and posted a letter, written in Korean and English, to his fans announcing his marriage.