'Jugglers' Yuni & Chiwon engage in a fierce fight under the gingko tree! [Jugglers] 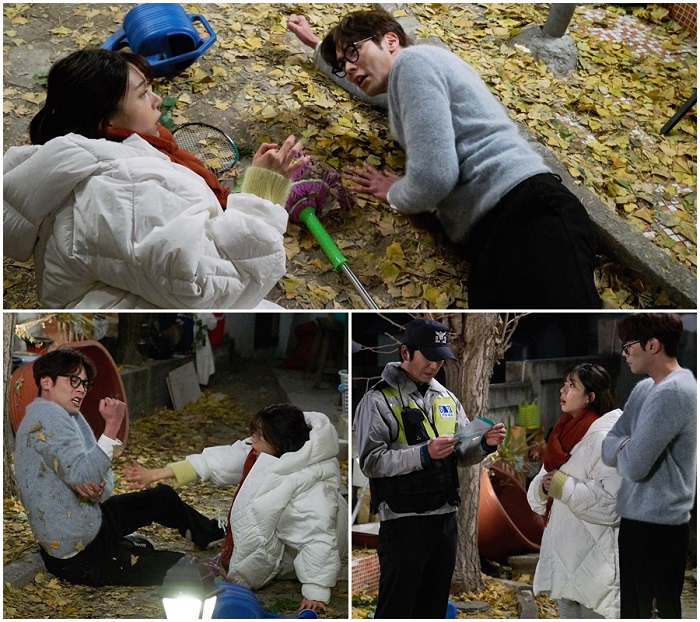 Stills for episode 5 of 'Jugglers' were released! A stranger climbs over the wall and breaks into Yuni's house. When Yuni is shaking with fear, Chiwon appears in front of her like a Superman. A scuffle breaks out between them under the gingko tree. Later, Yuni and Chiwon are both lying on the ground. Are they all right? The police are dispatched to the scene. Who could have entered their house at such hour? 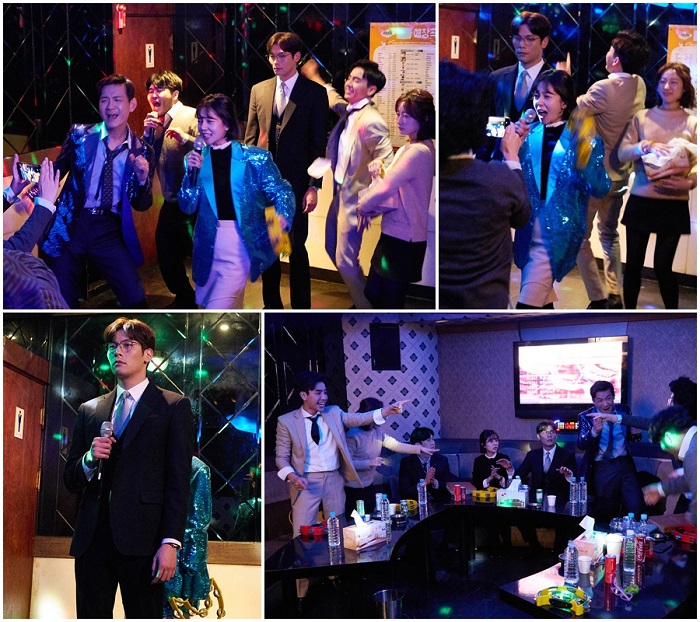 In other stills, Yuni and Chiwon are in a karaoke with other employees of YB Ad. While everyone is busy dancing and Yuni is singing her heart out in a sparkly jacket, Chiwon is standing idle with a soulless look on his face. When the colleagues invite him to sing a song, he reluctantly accepts the mic and starts singing very seriously.

The staff revealed that the upcoming episodes will show Chiwon slowly opening up to his colleagues thanks to Yuni's careful consideration. Stay tuned and check out the comic chemistry between Chiwon and Yuni! 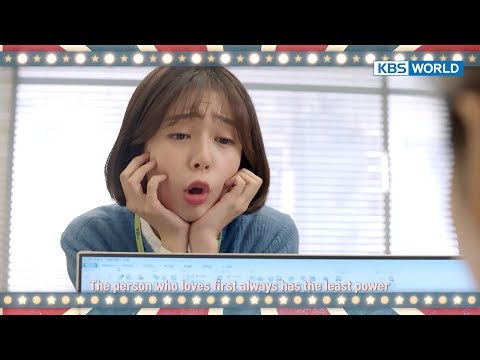