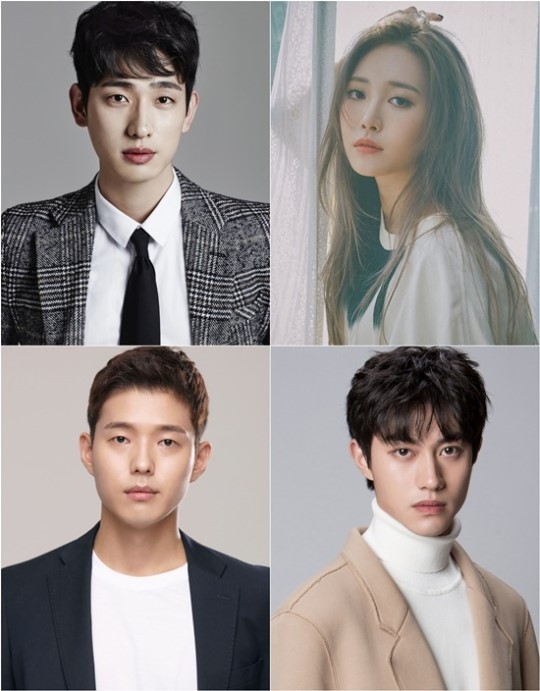 Cast of upcoming KBS drama 'Radio Romance' who will work with Yoon Doo Joon and Kim So Hyun have been confirmed.

Yoon Bak will play the radio station's competent yet cranky PD Lee Kang. With endless idea meetings, all-nighters and meddling, he causes 7 assistant directors to end up being hospitalized. He has a legendary record of firing 12 radio DJs. Thanks to his perfectionism, every program on which he lays his hands achieves no.1 in listener ratings, but no staff wants to work with him. He makes an offer to Song Geurim which she can't refuse, saying, "If you succeed in casting Suho as DJ, you'll be the main writer for my program."

Girl's Day's Yura will play Jin Taeri, who used to be the most sought-after actress in the past but went downhill because of an accident. Her hobbies are watching videos of herself when she used to be a top star, trying to convince lost fans to come back and participating in fan club meetings. When it seems that her life as an actress is over, she learns the secret of top star Ji Suho's family, which she tries to use to rise to the top again.

Hajun will play Ji Suho's manager Kim Junwoo. As a high school graduate, he started from the bottom and rose all the way to director of planning, and he manages Suho's every move. He once had a fling with Jin Taeri when she was a top star.

Finally, Kwak Dong Yeon will play handsome psychiatrist Jason, who is friends with Suho since high school. As Suho's doctor, he follows him like a fangirl.

In 'Radio Romance,' Kim So Hyun will play Song Geurim, a radio program writer who isn't exactly talented in writing. When her radio program is on the verge of cancellation, she succeeds in casting a top actor Ji Suho, whom will be played by Yoon Doo Joon of HIGHLIGHT. He is a popular actor who can't do anything without a script. 'Radio Romance' will air next year following 'Jugglers.'