It's a long bumpy road to becoming the perfect secretary. The previous episode showed Jeongae's first day of work. Yul gave her the first mission, which was dumping his ex-girlfriend for him. The ex-girlfriend was so mad that she splashed water on Jeongae's face! 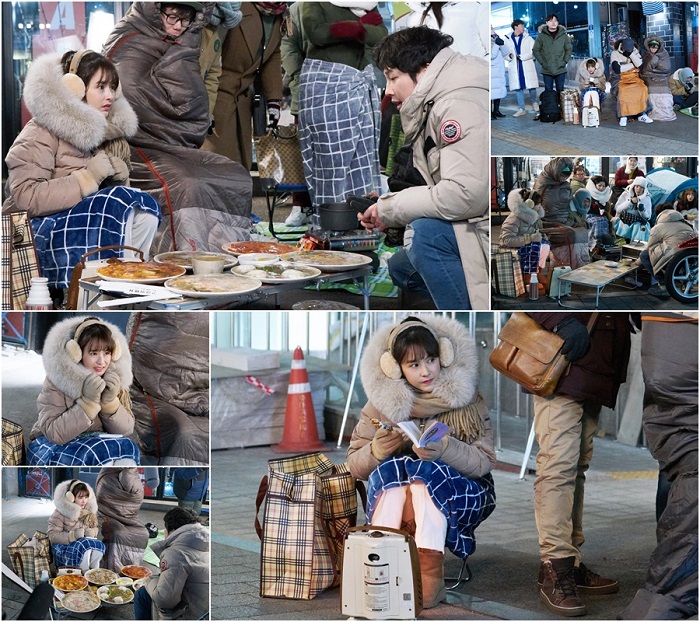 On the upcoming episode, Jeongae will be given her second mission, which also doesn't have anything to do with work. In the stills, she is sitting on a fishing stool and watching the delivery guy from the Chinese restaurant lay out all the lavish dishes in front of her in confusion. People around her look at her with envy. Jeongae spends the night in the piercing cold to carry out her mission. What could be the second mission that Yul has given her, and will she succeed?

This scene was filmed in Mapo-gu, Seoul, where Kang Hye Jung sat in the freezing weather for four hours. It is said that the actress didn't need to act like she was cold, because it was really that cold that day!