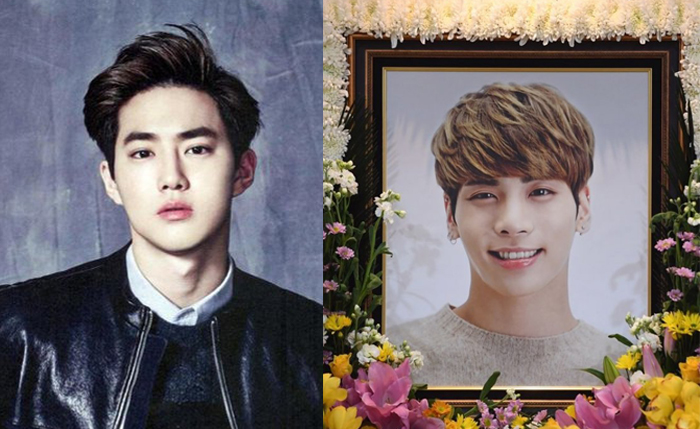 Suho and Jonghyun were very close friends. They had known each other since they were trainees for a long time, and they would rely on each other after debut. Suho paid visit to Jonghyun's funeral parlor on December 19.

EXO was originally going to release the winter special album 'Universe' on December 21. However, since the 21st is the date of Jonghyun's send off ceremony, the release date has been postponed to the 26th.

The send off ceremony was held at 9 a.m. on December 21. The burial site is private.