INFINITE confirmed to come back on January 8 with 6 members 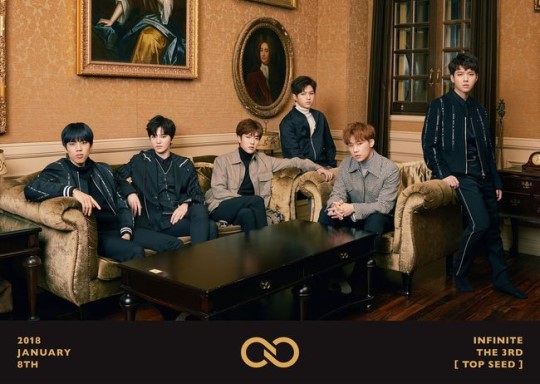 On December 22, INFINITE announced that it will release its third full-length album, 'Top Seed,' on January 8. It has been a year and 4 months since INFINITE's last comeback with 6th mini album in September of last year. This will be their first comeback since Hoya left the group.

A teaser image was revealed along with the announcement, and it shows the six members of INFINITE.

Meanwhile, INFINITE will hold a fan meeting 'Begin Again' from December 29 to 31 in Seoul.