On December 22, FAVE Entertainment announced that JBJ will release its second mini-album on January 17 of next year. 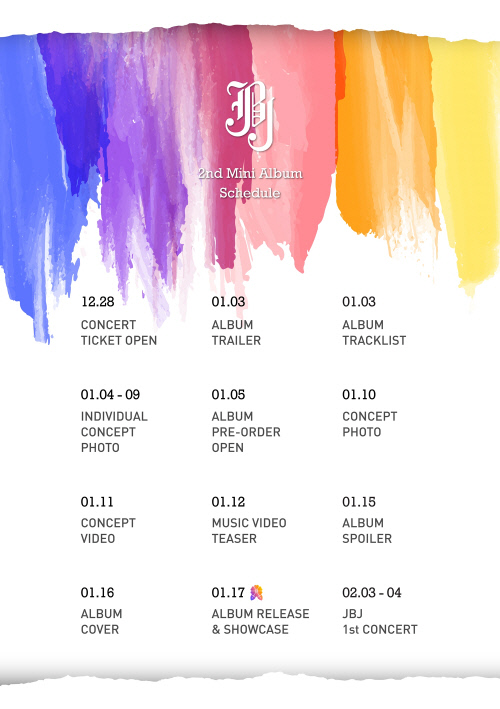 JBJ was an imaginary group devised by the fans that was composed of trainees who had dropped out of 'PRODUCE 101' season 2 last summer. However, the dream of their debut came true in October with first mini-album 'Fantasy.'  So far, 150 thousand copies of the album have been sold, and the group is scheduled to have fan meeting tour in Japan, Thailand, Taiwan, Singapore, Hong Kong, and Philippines.

Therefore, depending on the sales results of the 2nd mini-album, JBJ's promotion period limit of 7 months from debut might be changed.

In addition, JBJ will hold their first solo concert at Olympic Hall, Seoul from February 3 to 4. Tickets will go on sale from December 28 on Melon Ticket.