On December 28, a media outlet reported that actor Kim Min Seok has been dating model and actress Lee Ju Bin for 5 months since July. 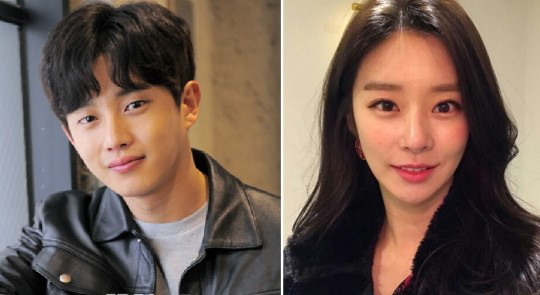 According to a close source, "The fact that Kim Min Seok and Lee Ju Bin are dating are well known to those around them. Despite his busy schedule, Kim Min Seok spares time to go on a date with Lee Ju Bin.

According to the reports, the couple recently traveled to Fukuoka, Japan together and enjoyed a romantic date.

Lee Ju Bin is a model and actress who used to be a member of Rainbow. She appeared in the music video for Block B's 'Yesterday.'