Lee Joon ♥ Jung Somin confirmed to be dating since October 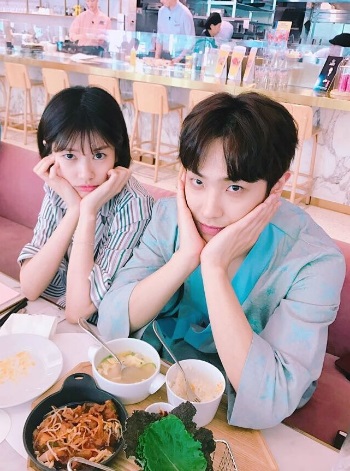 On January 1, a media outlet reported that actor Lee Joon and Jung Somin are dating. According to the reports, Lee Joon, who is currently serving in the army, was on a leave on December 29 and enjoyed a date with Jung Somin in Pangyo. They picked gifts for friends together at a department store.

Only 2 hours after the media coverage, agencies of both actors admitted it and revealed that they started dating in October.

Lee Joon and Jung Somin starred in KBS drama 'My Father Is Strange,' which ended in August 2017.